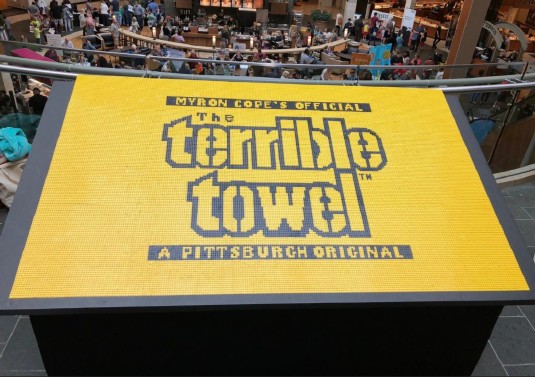 On display inside the Pro Shop at Acrisure Stadium!

The Terrible Towel was created by the late Myron Cope, the Pittsburgh Steelers
broadcaster who needed a way to excite the team’s fans during a 1975 playoff football game
against the Baltimore Colts. Cope urged fans to take yellow dish towels to the game
and wave them throughout.

A portion of the proceeds from the sales of all Terrible Towel products benefits
Merakey Allegheny Valley School, a private non-profit organization supporting adults
with intellectual and developmental disabilities throughout Pennsylvania.